We very rarely get excited about a new budget gaming keyboard below the 100 USD mark – but for the Logitech G610 review we were actually super excited. You might ask: what the f***, why?!

The reason is simple: ever since the SteelSeries 6gv2 has been discontinued, the market for good mechanical keyboards with MX switches below 100 USD had been super small. Of course there were some niche options still available (e.g. the Cherry MX Board 3.0), but without the 6gv2 there was just something missing – a standard budget gaming keyboard that we could just recommend everyone around us – and that (despite its low price tag) was still seen a lot on desks of esports professionals.

While there’s no clear successor for the 6gv2 in sight at SteelSeries, the guys from Logitech stepped in: the Logitech G610 is a no-frills keyboard with the excellent Cherry MX switches for just 90 USD. We took the G610 for a test run in our Logitech G610 review to see, if it’s a worthy successor of the 6gv2!

At the start of every Logitech G610 review you should have a deeper look at the key features of the keyboard – because for most customers, this is the main factor behind their buying decision.

The 6gv2’s charm always was its puristic approach, that can also be found in the Logitech G610:

Looking at the features list in the Logitech G610 review can be summarized in one word: pragmatic. All the necessary features are included, and everything that’s not necessary is missing – just how it should be in order to create a great value. 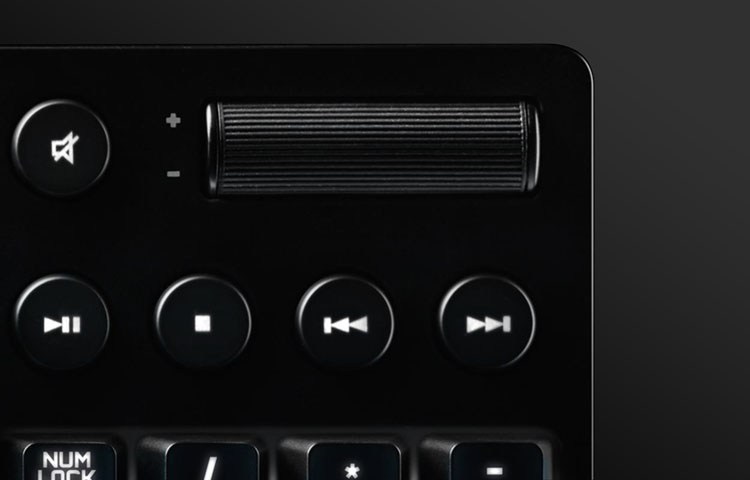 After the unboxing in our Logitech G610 review we were immediately struck by the visual similarity between the G610 and the SteelSeries 6gv2: the MX keys are built into a plain black case made out of hard plastic. The only bigger difference is the glossy look of the G610 and the larger size for the added multimedia buttons at the top.

We were also struck by the surprisingly high weight of the G610. Contrary to gaming mice, this is actually a good thing as more weight means a lower chance of your keyboard moving around on your desk. The braided cable makes a good first impression, same as the volume wheel – where the K70 had a good, but not a perfect feel. When pulling off the key caps you’ll find the bright red or brown MX switches under them. Speaking of key caps: even though they might not be as good as e.g. the Ducky Shine’s double shots and their black color faded in earlier versions, they have an overall good and high-quality feel to them.

Gaming with the Logitech G610

This pragmatism also reflects on the in-game performance of the G610 as it just does, what it’s supposed to do: present the excellent feel and tactile feedback of the Cherry MX switches without any flaws or potential construction fails. The standard layout is also a great part of this concept, as you don’t have to get used to a different shape of the enter key for example (have a look at the Corsair K70 if you need an example).

The white backlighting is bright and displayed evenly throughout all keys, and there are no blinding LEDs peaking out below the keys. You can adjust the individual backlighting for every key in the Logitech software, but we’ve preferred the full backlighting anyway. You can even have some animated backlight programs (e.g. a responsive backlighting for every key pressed) if you like that. Only the software could be a bit more intuitive, but other than that the Logitech G610 is exactly that what it promises to be: solid, pragmatic, inexpensive – and excellent components! 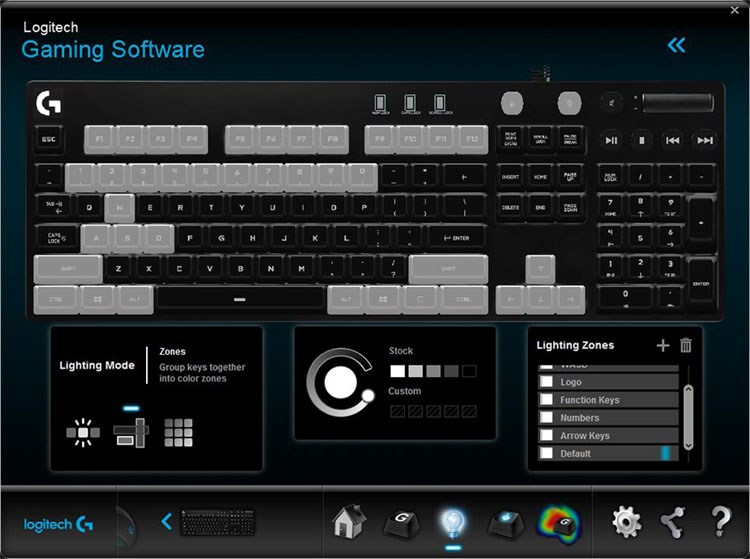 If after this Logitech G610 review you’re convinced that it’s the perfect keyboard for your budget, the only question that remains is: should you get the G610 model with MX Browns or MX Reds? The biggest difference between these switches is, that the MX Red is completely linear – which means that there is no tactile pressure point you can feel when the switch is activated. This is better for gaming (as the keys are easier & faster to press down), but lacks the awesome ‘click’ for regular typing.

Is the Logitech G610 the perfect successor of the SteelSeries 6gv2? Definitely yes, as it offers a great and inexpensive way to get a mechanical keyboard with perfect switches. It has everything, a good gaming keyboard needs – while leaving out all the things you actually don’t need. It has pragmatism written all over it, which is why we can definitely recommend it to the fullest!

Best switches on the market

Software not as intuitive